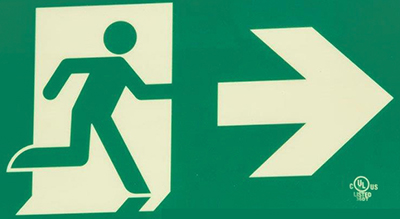 With every new building that gets the go-ahead in Ontario, the familiar red signs that read “exit” in English or “sortie” in French are one step closer to disappearing for good.

Those signs are gradually being phased out in favour of green pictographs showing a silhouetted person, nicknamed the “running man,” making their way towards a door. 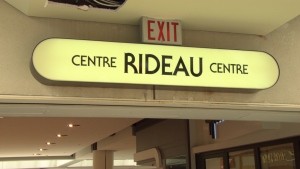 “We have a larger number of immigrants moving into the country. We also have a lot of visitors coming to convention centres, to museums, [to] international events,” Rizcallah told CBC Ottawa on Wednesday.

“They would be more apt to recognize these signs, versus an “exit” or “sortie” if English or French wasn’t their primary language.”

Rizcallah also said the signs can be photoluminescent, which means they give off light without electricity, and are coloured green to represent “go” or safety — rather than red, which traditionally represents “stop” or some sort of hazard.

The NRC updated its model building code in 2010 and provinces have gradually been adopting the new regulations, said Rizcallah.

The Ontario government chose to shift toward green exit signs a few years ago and has required every new building or major building renovation undertaken since Jan. 1, 2014 to include them, which explains why so many of the green exit signs are popping up now.

Rizcallah said most provinces have adapted the green exit signs and those who haven’t, such as Quebec, are expected to do so by the end of the year.

The new green signs are based on those seen in places such as Europe, Japan and Australia, Rizcallah said.

In Ontario they have been installed in places such as Toronto’s Pearson International Airport and Ottawa’s Rideau Centre, where Amal Farah said she approved of the new design. 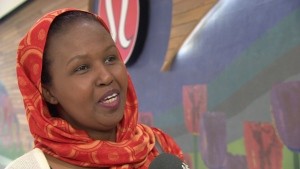 Amal Farah, who immigrated to Canada from Somalia, says she’s a fan of the new design. (CBC Ottawa)

“I’m an immigrant. I struggle in English all the time,” said Farah, who arrived in Canada from Somalia more than two decades ago. “If the signs help, it’s much better.”

“If we can have some international signs that can be understood by people travelling around the world, I think it’s great,” Yeung said.

Some people who spoke to CBC Ottawa expressed concerns the change in design would cause confusion, but Rizcallah said the council’s human behaviour experts have told them people will learn that the signs mean “exit.”